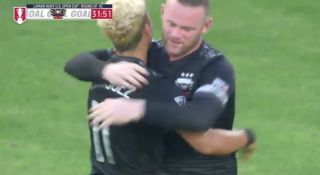 The former Manchester United striker scored the opening goal shortly after the half hour mark, but New York City equalised six minutes later and grabbed a second to seal the win just before half-time.

Rooney took his goal well after being found on the left by a long diagonal pass from his DC United team-mate. Clear in on goal, he chests the ball down towards his feet and strikes the ball with his left past the goalkeeper.

But they tailed from half-time onwards and couldn’t produce the equaliser.

Defeat means FC United have not advanced to the quarter-finals of the Open Cup since 2013, when they won the tournament outright. 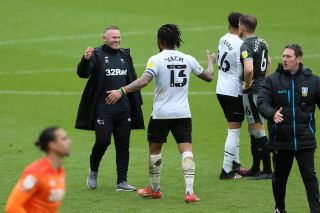