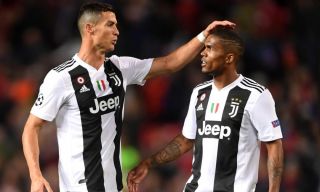 Juventus are said to be preparing a player-plus-cash offer for Manchester United midfielder Paul Pogba.

In a bid to take Pogba back to Turin, the Serie A champions are reportedly willing to give up winger Douglas Costa in attempt to convince the Red Devils to accept giving up on the French star, as reported by Calciomercato.

The report above adds that Juventus have already told Costa that he will be sold this summer, despite his wishes to stay in Turin.

NEXT: Fee agreed: Man Utd close in on Wan-Bissaka signing, could prevent fellow Palace star from getting summer move

Juve clearly feel by throwing Costa into the deal, United will then lower their valuation of Pogba, but that will surely come down to whether Ole Gunnar Solskjaer wants to work with the Brazil international.

At 28, Costa still has time on his side to make a difference in the Premier League, though reports this summer suggest that Solskjaer would prefer a younger winger.

Landing Costa and losing Pogba doesn’t really strike me as a far exchange — unless Juventus are going to offer a substantial amount of money as a package deal.

And, reports all suggest that United don’t want to cash in on Pogba this summer. The Italian giants have been warned that we won’t be pushovers if any negotiations take place.