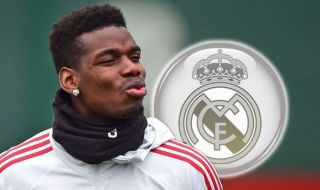 Paul Pogba has struggled for form ever since his mega-money move from Juventus to Manchester United in 2016.

The French star has shown glimpses of brilliance but he hasn’t been consistent enough.

Pogba scored seven and created four goals in Solskjaer’s first seven league games. After that, the Norwegian’s side hit terrible form and ruined any chance of finishing in the top four and qualifying for the Champions League.

Now in the Europa League, Pogba has more reason to move on elsewhere.

But while we question Pogba’s form season after season, he still gets linked heavily with Real Madrid and Juventus.

And, when asked about his future in a recent interview Pogba admitted he wants to try something new.

Paul Pogba has given his thoughts on his #MUFC future. pic.twitter.com/65XYmtF7L6

Former Real Madrid president Ramon Calderon has raised some concerns over Pogba’s recent behaviour and it should make the Spanish giants and manager Zinedine Zidane think twice (quotes below via the Evening Standard).

“I always relied on professionals. So I would ask my football director if he thought he was the right player to come for the project, and team. If the money was OK for the budget, I would say yes.

“He is a top player, no doubt. I don’t know if his behaviour recently has been the right one. Everyone would like to have a player of the skill and talent that Pogba has. I know that Zidane likes him so, in that case, I suppose Real Madrid will push hard to get him.”

Reports suggest United don’t want to sell Pogba, so the World Cup-winner may not have a say in the matter this summer.

There’s no doubt about this saga dragging on.