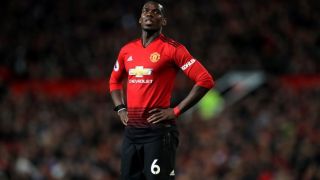 There can be no doubting that Paul Pogba is a uniquely brilliant player. Arguably the only player at United anywhere near approaching world class ability on his day. A World Cup winner, and the heartbeat of an all-conquering Juventus side during his spell in Italy, sandwiched in between the two halves of his United career.

Despite this, there are still so many questions needing to be answered? What is his best position? What is the strongest area of his game? Does he make average players better? Is he is as good as we think he is or has he just simply ridden off the back of a pool of world class talent for club and country? After all, he had a certain Andrea Pirlo alongside him during Juve’s fourfold of Serie A wins. In a France midfield also containing metronomic masters N’golo Kante and Blaise Matuidi – widely regarded as the finest exponents of their craft – he has sat in exalted company.

NEXT: The realistic 6: Players Man Utd could sign if Paul Pogba leaves this summer

His inclusion in the PFA Team of the Year last season – the only non Liverpool or City player to make the cut – may have come as a surprise to many, but he, statistically at least, had the best campaign of his career. Sixteen goals and nine assists is an impressive return, especially for a deep-lying playmaker in a side stuck in a constant state of flux. Not too shabby.

It begs the question: Is Pogba a symptom of United’s inconsistency, or one of the main causes? Therein lies the problem – he is unquestionably a superb player but comes with too much excess baggage and – in Mino Raiola – an agent that Sir Alex Ferguson famously never got on with. The most high-profile player pawnbroker in the game offered his client to Pep Guardiola at City and put together a deal for him to join Barcelona.

If there is one thing history has taught us, it is that Sir Alex was very rarely wrong. Despite the Frenchman’s charisma, ability and personality, the legendary Scot concluded that having Pogba around was too much hassle. He got rid of him and his decision to do so has only empowered since Pogba’s re-signing – amidst much fanfare – in 2016. A transfer that has since gone on to epitomise the board’s muddled, misguided thinking. Whether we cut our losses and let him leave or keep hold of and build the team around Pogba may seem a dilemma but there is no way in my eyes that the club will allow a sale to be sanctioned for the £89m man.

Pogba – emojis,  Stormzy, hairstyles, hashtags and all – is simply too big a commercial asset to brand United, Commercial FC. He sells shirts, makes the club money and is rarely out of the headlines for one reason or t’other. Music to the Glazers ears. Why would they want to get rid of a player who is box office?

In the modern game, commercial commodities count. United have talked to prospective signings about the positive impact joining them can have on their own social media followings. Adidas is both Pogba and United’s main sponsor. Arguably more than any other Premier League player, his commercial value is greater than his footballing one. Whether we like it or not, that matters.