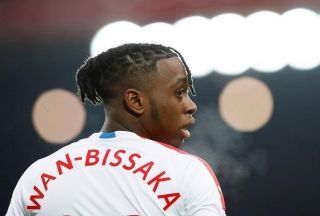 This summer, Manchester United seem determined to solve the right-back problem that has plagued the club for the better part of the last decade. The likes of Matteo Darmian, Antonio Valencia and Ashley Young have all seemed like the part at times, but none became fully established in the top bracket of players in their position and have all declined considerably since.

The signing of Daniel James was the first that displayed the apparent strategy of signing high-quality young players who could influence the side immediately, but also grow at the club. As such, it is no surprise to see that Ole Gunnar Solskjaer has his eyes set on Aaron Wan-Bissaka, the 21-year-old statistical anomaly that frustrated left-wingers for the entirety of the 2018/19 campaign at Crystal Palace.

BBC Sport’s Simon Stone, who stands as one of the most reliable journalists for United news, explained on June 10th that United retain an interest in the full-back after their £40 million bid was swiftly rejected by Palace. Any fee that would secure the youngster would, therefore, have to be in record territory for a fullback, leaving many questioning whether Wan-Bissaka is worth that figure.

The skepticism around the player revolves around the fact that he has only played one full season of Premier League football. However, anything close to replication of the season he produced would see him immediately and permanently solve United’s right-back problems for the next decade.

A defence-first full-back despite being a winger throughout his youth career, Wan-Bissaka is also one of the best tacklers to emerge from what seems like a golden generation upcoming for England. In fact, he sits third in the entire Premier League in completed tackles per 90 minutes, behind only two defensive midfielders [WhoScored].

Compounding this statistic, he sits seventh in interceptions, and yet concedes fewer than one foul on average. Squawka, in February, explained that only seven players had dribbled past Wan-Bissaka in the Premier League and shared an article explaining that he is the best 1v1 defender overall in the division.

Only seven players have taken on Aaron Wan-Bissaka this season and come out with the ball the other side. 🤖

He is, officially, the best 1v1 defender in the Premier League.

In August of 2018, a report emerged from Palace’s academy that, when Wan-Bissaka was 19, he caught the attention of the Palace staff during a training match in which he entirely nullified the threat of Wilfried Zaha, who is now one of England’s most potent wingers. He did the same to Anthony Martial in a draw between United and Palace in November last year, during a stretch of form in which the Frenchman was at the peak of his powers.

United have few players of the level of athleticism of Wan-Bissaka, who averaged a distance of 10.04km per match last season [Premier League Official Website]. That is not only more than most United players, but also half a kilometre more than Liverpool equivalent Trent Alexander-Arnold, and the same amount less than their left-back, Andrew Robertson, a player lauded for the ground he covers for Jurgen Klopp’s side.

Many are doubtful of Wan-Bissaka’s attacking abilities, but the truth is that they haven’t been fully tested at Palace. The player recorded similar attacking statistics to Robertson, who recorded double figures in assists last season, from when the Scot was relegated playing for Hull. For more context, Wan-Bissaka sat fourth in assists for Palace behind a central midfielder and two forwards.

Stylistically, the player suits United well from an attacking context, choosing to play low crosses and involve himself in build-up play through overlaps and interchanges of short passes. This type of attacking fullback would remove United from the predictable and inaccurate crossing from Ashley Young to Romelu Lukaku. This monotony would be replaced by the variable Wan-Bissaka trying to pick out dovetailing runs from the likes of Marcus Rashford, Anthony Martial, Jesse Lingard, and even new boy James.

The Manchester Evening News are one of many outlets to report that Wan-Bissaka seems to want a move to United specifically, which logically adds up. Likely to stay in the Premier League as most future and current England internationals do, he would face significant competition for first-team football at Manchester City or Liverpool, all of whom have established starting right-backs, and the reported fees in the region of £50-60 million would likely price Tottenham and Arsenal out of the market.

While the player has not been at the top level for long enough to fully command that world record fee, the assertion that he is obviously a generational talent and the lack of alternatives make him a worthwhile gamble for United. His age bracket suits the team of top young talents that United seem to be building, with few players even close to his level reportedly available.

In signing Wan-Bissaka, United would be securing a fullback who not only has all the qualities required to be one of the best of the generation, but also one who wants to be at Old Trafford and provide the youthful exuberance and maturity with which he has served Palace. He would be an immediate improvement upon a crop of United defenders well below standard and a long-term investment towards United’s restoration at the top level.