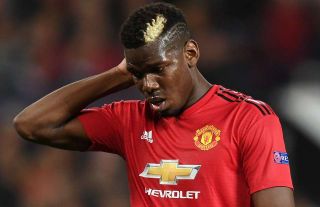 Throwing his toys out of the pram or a genuine update from the ongoing Paul Pogba transfer saga?

Spanish outlet ABC suggest Pogba could go on strike in order to secure a summer move to Real Madrid.

It seems ridiculous but you never know.

The line coming from Manchester Evening News is that United have no plans to see their record transfer this summer. That could change – nobody knows – but the rumours concerning Pogba and Juventus/Real Madrid aren’t going away, so do we want to keep a player who would rather be elsewhere?

He has looked disinterested for some time – probably after being told United was a stepping stone back in 2016 by his agent, Mino Raiola, always seeking the biggest deals for his clients.

But what sort of strike can Pogba pull off? He’s not going to risk ruining his reputation, especially when it’s probably a matter of interested clubs not willing to match his salary at United. Then by kicking up a strop, United could lower their valuation to get him off the books as soon as possible.

I’d like to see United play hardball with Madrid and Juventus. They don’t give their star players up easily.