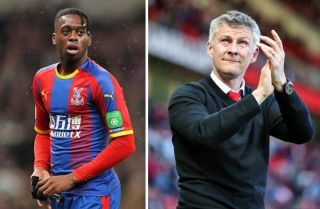 The latest on Aaron Wan-Bissaka is enough to get us excited about landing the Crystal Palace defender.

Yet to make his debut for the senior England side, the 21-year-old is touted as one of the best up and coming full-backs in the English game, and Manchester United are in dire need of strengthening that area of the pitch.

NEXT: Talks held between Man Utd and Juventus could see Reds beat City to £44m-rated defender

Antonio Valencia was a good servant throughout his time at Old Trafford, but now leaves on a free after running down his contract. The Daily Mail claim Sheffield United have made him an offer to stay in the Premier League, though it is noted that he has other offers on the table.

Ashley Young was used most often at right-back last season due to Valencia’s fitness issues. The England international is nowhere near good enough to be United’s first choice at right-back, and Diogo Dalot is still very raw.

Signing Wan-Bissaka makes perfect sense because he’s ready for the first team and is showing signs that he will be an unbelievable full-back for many years to come. While talk of a £50m price tag may be off-putting, think about the potential investment from a long-term perspective? It could be a great bit of business by the club.

Anyhow, respected journalist on all things United, Sam Pilger, has dropped an update on our pursuit to sign Wan-Bissaka. He states that the Red Devils ate determined to get a deal done — likely to return with an offer close to £50m — and that the player himself wants the move to happen.

Pilger adds his view that Palace should accept United’s offer – see tweet below.

#MUFC determined to sign Aaron Wan-Bissaka and likely to return with an increased offer of around £50 million in coming days, which should be accepted by Crystal Palace. Player wants the move to happen.