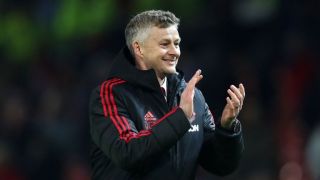 Ole Gunnar Solskjaer is reportedly ready to cut short his summer holiday to prepare for his first full season as Manchester United manager.

After a disappointing end to the campaign which saw United finish sixth and out of the Champions League places, Solskjaer warned his players about expectations for when they return for pre-season.

The Sun claims Solskjaer himself is expected to be back several days before his players to get everything ready for the new season.

NEXT: Barcelona will sell star if they receive on ‘good offer’ amid Man Utd transfer rumours

United have already announced the signing of Daniel James from Swansea City and more arrivals, as well as departures are expected over the coming weeks.

The Norwegian coach needs to bolster both his defence and midfield if United are to have any chance of really progressing next season. And they could lose Paul Pogba in the process with transfer talk being a constant irritation.

To start the pre-season tour, United will face Perth Glory and Leeds United in Australia before further matches against Inter Milan and Tottenham. The tour will then conclude in south Wales where the Red Devils take on AC Milan.

Fair play to Ole, if it’s true that he will cut his holiday short to ensure United hit the ground running next season. I hope the players have the same enthusiasm – but they don’t need to show it the same way!