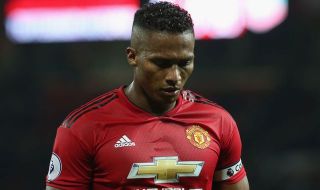 Antonio Valencia is the subject of interest from newly promoted Premier League side Sheffield United.

The 33-year-old will be a free agent at the end of the month, so is permitted to speak to as many clubs he wants before making a definite decision on his future, which will not be at Old Trafford.

After a decade of service, racking up over 250 appearances, we all wish Valencia the best whenever he ends up. A hard worker no matter where he’s played on the pitch.

According to the Daily Mail, Sheffield United are eyeing up a deal for the veteran right-back, who would be allowed to sign on a Bosman deal.

The Mail adds that the Blades have already submitted an offer for the United star.

Valencia was given the captain’s armband at United last summer, but his final season at the club was hit by constant fitness issues and he made just 10 appearances across all competitions. Ashley Young took the right-back spot which created more issues for the side, while Diogo Dalot got opportunities but still looks very raw.

Sheffield United finished runners-up to Norwich City in the Championship last season and they need to buy well this summer to have the best chance of staying up next season. That’s their main objective.