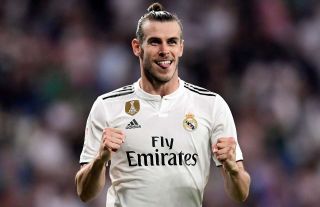 Although it was reported during the week that Manchester United are no longer interested in Gareth Bale, talk about the Welshman joining the Red Devils has not completely died down as of yet.

Former Liverpool player Ian Rush believes Bale would easily get into the current United side.

“Apart from that, where else are you looking at?” Rush told BBC Sport. “Looking at Manchester United last season, I think he’d walk into that side now.”

The Evening Standard ran a report on their understanding of the situation, with United executive vice-chairman Ed Woodward giving up on a mega-money move for the Real Madrid star because Ole Gunnar Solskjaer has convinced the club to pursue young talents, who will also be cheaper on the wage bill.

As for Liverpool and their attacking trio, as great as it’s been I don’t think most managers would be able to keep a fit Bale out of that team either.

But I totally back the plan to target younger players. That could be a ticket back to the days of watching United develop the finest talents the football world has seen.

Anthony Martial and Marcus Rashford need to up their games next season. Two very promising talents who appear to have hit a stumbling block in their development stages. Under Solskjaer next term, there can be no excuses.

And, a note to Bale… you had your chances to join United in the past.