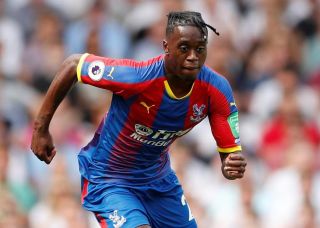 The Red Devils suffered a setback in their pursuit for the young English full-back last week after a bid worth £40m was rejected by Palace, as per The Times, but it now sounds like the London club are willing to listen to a better offer than what was initially offered.

Sky Sports reports that The Eagles will not consider any offer of less than £50m for Wan-Bissaka, which is cheaper than the £65m suggested by The Times in the article linked in the above paragraph.

Crystal Palace will not consider any offer of less than £50million for defender Aaron Wan-Bissaka, Sky sources understands

That’s £10m more than what United allegedly offered for the right-back’s signature, but if Ole Gunnar Solskjaer is serious about getting his man an agreement should be easily reached.

Wan-Bissaka would be signed with the view of having him as our prime back for 8-10 years!