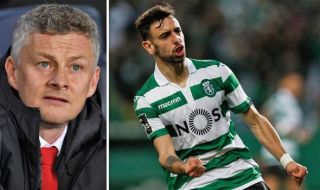 Fernandes has been linked with a transfer to the Premier League all summer – and United are not the only club reportedly in the race to sign him.

Now a Portugal international and linked with some of the biggest football clubs in the world, Fernandes is becoming a household name and there are plenty of reasons to be excited about his potential as a 24-year-old.

He was brilliant in Portugal’s 1-0 win over Netherlands last week as they won the UEFA Nations League.

A separate report from O Jogo claims Sporting want to get a deal done and dusted as soon as possible so they can reinvest.

The biggest concern for the Reds next season probably stems around the defence, but we need to bolster our midfield just as much. And if Paul Pogba leaves for Real Madrid, which is forever being speculated, we need to make some movement in the transfer market to ensure there’s enough quality and cover for the upcoming season.