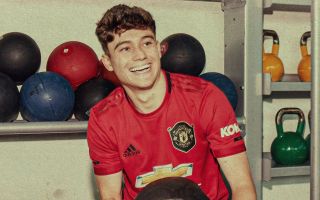 It’s official so we finally get to see pictures of Daniel James in the new Manchester United shirt.

The move has been touted since the season ended, with Ryan Giggs giving his recommendation, so nobody was surprised to hear confirmation of James’ transfer today.

NEXT: Daniel James proud to join the biggest football club in the world

Everyone is excited to see what the Welsh winger will bring to Old Trafford during his five-year contract, which also had a choice to extend it by a further year.

James arrives as a long-term singing and it may take him time to adjust to the Premier League since he’s coming from the second tier of English football.

Anyhow, you can see a selection of photos below with James posing in a United shirt.

You love to see it 😎 pic.twitter.com/O4I0xOFfpK

It’s a relief to have our first deal of the summer out of the way!