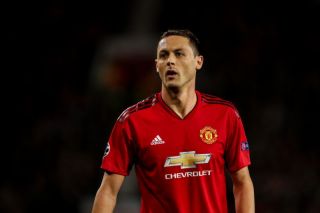 Manchester United will soon take to pre-season preparations for the first time under Ole Gunnar Solskjaer.

Most of the United players have been enjoying their time off, while others have been playing for their national teams, with the UEFA Nations League finals and European qualifiers taking place.

Nemanja Matic has not been part of Serbia’s squad for their recent outings, however, the 30-year-old midfielder reveals he never stops thinking about football.

As quoted by ManUtd.com, Matic said: “It’s not possible to not think about football because it is my life.

“24 hours a day, most of the time I think about football, apart from my family. It is something that I’ve done since I was 5-years-old.

“Even in the summer, I play football with my son and I play two-touch with my brother.”

Matic is coming to the stage of his career that should see United consider replacement options in the transfer market or the youth academy. He didn’t have a good season last season but, then again, who did?

José Mourinho knew Matic wouldn’t be a long-term signing but expected him to immediately do a job in the team. I wouldn’t go as far as to say he’s been a flop, not by any means, but there’s a feeling United could do with a midfield player with a greater standard of mobility.

Even when Andreas Pereira played the deep-lying midfield role at the beginning of last season, the Red Devils looked so much quicker going forward. We need to play more like that next season if we expect to hit teams on the counter-attack. 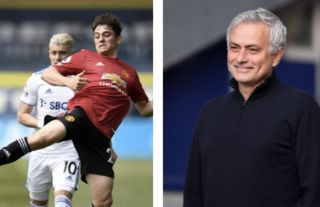