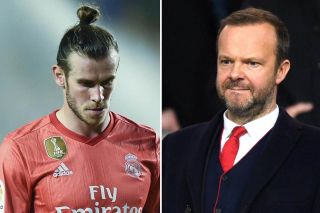 Manchester United have ended their long-term pursuit of Real Madrid’s Gareth Bale, according to reports.

It seems as though we can’t go a summer without being linked with the Wales international, though it sounds like United have quashed rumours by leaking an update to the press.

The Evening Standard report that ‘United have rejected the chance to talk’ to Real Madrid about a permanent or loan move and Ed Woodward is no longer willing to make a deal happen, despite wanting to do so in previous transfer window.

Bale and his representatives may see the timing as misfortunate, but he’s had his chance to move to Old Trafford a number of times in the past – even before he joined Tottenham and Real Madrid.

He’s won it all in Madrid – including four Champions Leagues – so whoever signs him from the Spanish giants will be getting a vastly experienced player, who can change a game on its head.

But Bale has had many injuries and the wages he’d demand are off-putting when he misses chunks of the season. At 29, there’s no real sell-on value and Ole Gunnar Solskjaer apparently wants to build his time around young talent. That’s why he signed Daniel James and gave Anthony Martial a new contract.

So, for Bale the ship has sailed, and it’s the right decision from Woodward and co as long as the ES’s report is accurate.