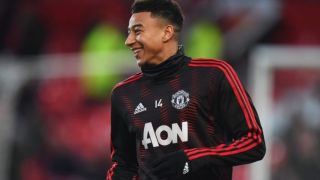 Jesse Lingard will now go on holiday after the Nations League finals to rest up before linking up with Manchester United again for pre-season.

The midfielder finished the 2018/19 season before linking up with the England squad for the Nations League finals.

However, it didn’t go to plan for Gareth Southgate and his men as England lost the semi-finals to Netherlands in extra-time time, but they still finished third after beating Switzerland on penalties in the play-offs.

Lingard has took to Instagram to sign off for the holiday period, although some fans may take issue with his caption considering the season United just had.

He claims it’s time for a ‘well-deserved break’ yet in the final months of the season our players lacked effort.

Either way, hopefully he comes back fresh and we’re stronger next season!