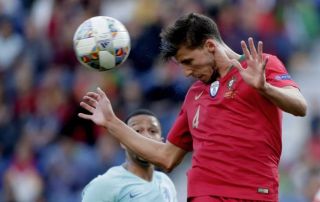 A number of Manchester United fans would like to see Ruben Dias signed from Benfica this summer, after watching him play for Portugal in the Nations League final on Sunday.

Portugal were crowned champions after beating Netherlands 1-0, thanks to a second-half goal by Guedes Goncalo.

NEXT: Giggs: Man Utd-bound Daniel James must get used to getting kicked

Dias was immense at centre-back to help his side beat Ronald Koeman’s side, and it seems he did enough to impress United fans, knowing Ole Gunnar Solskjaer is on the lookout for a top defender this summer.

The Daily Star recently reported that the Red Devils were monitoring Dias and were willing to turn to the Portuguese defender after being turned off by Napoli’s asking price for Kalidou Koulibaly.

Solskjaer has a lot of work to do to United’s defence and the United fans featured below are all hinting at the same thing, by urging the club to sign Dias. Some mention his Portugal team-mate Bruno Fernandes too.

Watching tonight’s #NationsLeagueFinal I would be very pleased to see United go for Bruno Fernandes and Ruben Dias #MUFC pic.twitter.com/EvZ2gt28ZR

Ruben Dias should be United’s Priority.
But instead Ed will waste his time on De Ligt & then we’ll end up again with Jones & Smalling

Ruben Dias would be perfect option for us this summer

Bruno Fernandes and Ruben Dias could be phenomenal for #mufc. Hello agents

Ruben Dias, wow. Will cost pennies on the pound comapared to De Ligt and Koulibaly. 22 years old, and what a composed player. The best business we can do for the CB position this summer. #PorNed #mufc

A must signing material. Very good at Benfica all season long. 👍 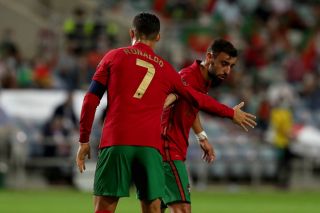 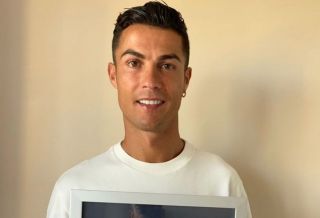