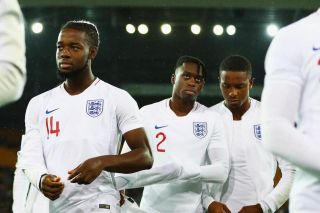 Manchester United have made a ‘substantial bid’ for Crystal Palace full-back Aaron Wan-Bissaka, according to reports.

The England U21 international would be a great long-term signing for the Red Devils, but The Eagles don’t want to sell so it’s going to take a premium transfer fee to prize him away from Selhurst Park, with 3-years left on his current deal.

Wan-Bissaka himself doesn’t seem to be pushing for a transfer either. The 21-year-old seems happy to be playing every week, though it’s not like a move to Old Trafford will change that with United desperate for a quality right-back.

Manchester United want to sign Aaron Wan Bissaka from Crystal Palace and told they’ve made a substantial bid for the England Under 21 right back. Palace don’t want to sell. He has 3 years left on his contract. United need a right back this summer.

Interestingly, a report from the Evening Standard back in May suggested that United were planning a £25m offer for Wan-Bissaka, but that was thought to be way lower than Palace’s asking price.

Ole Gunnar Solskjaer needs to address the problem at right-back.

Antonio Valencia has been released by the club after his contract expired and we can’t go another season with Ashley Young at full-back. And, I still think Diogo Dalot needs more time before he can be relied upon, if can continue developing that is…