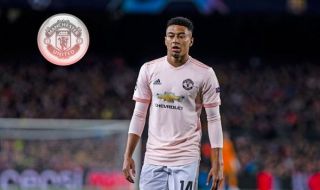 Manchester United will offer Jesse Lingard a new contract, according to reports.

The Sun claims Lingard, 26, will be given a £130,000-per-week deal as Ole Gunnar Solskjaer views him as vital to his squad rebuild.

NEXT: Man Utd and Liverpool target set for £70m transfer

Lingard – like the rest of United’s players – had a difficult end to the season, but put in a decent shift off the bench for England in their 3-1 extra-time defeat to Netherlands in the UEFA Nations League semi-final earlier this week.

It’s unlikely that he will turn down a deal he wouldn’t get elsewhere, but this news won’t go down well with all sections of United’s support, who believe too many players are overpaid at the club.

This then makes it difficult to sell players when they’re no longer needed.

Moreover, I like Lingard and think £130,000-per-week is just silly when ideally we would have a better player in his place, like our rivals have…

That may seem harsh but there’s no time for being overly nice in football.

Sometimes I find myself asking what on earth Ole Gunnar Solskjaer is thinking. Right decision to keep Lingard, yes, but does he warrant a bigger wage than what he’s currently on?