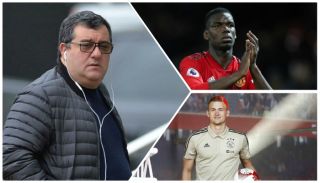 Raiola was initially banned for the duration of the transfer window in Italy and England.

The Daily Mail claims his ban will soon be lifted and he’ll again be able to conduct business on behalf of his clients, who include Sergio Romero, Paul Pogba and Matthijs de Ligt.

NEXT: Real Madrid to offer Bale in Pogba swap deal; Reds should decline

While Raiola could have easily had intermediaries work on his behalf during the ban, at least now it sounds like he’s free to do things himself.

And, it looks like it will be a busy summer for some of his biggest clients.

Pogba is heavily linked with a move to Real Madrid and could offer Gareth Bale in a swap deal, as reported by the Daily Mirror, while De Ligt is attracting interest from United and a number of other elite clubs.

Sir Alex Ferguson was never a fan of Raiola as an agent but he’s a very popular figure among his clients and is renowned for getting them the best deals.

The Scot questioned Pogba and Raiola in his 2015 autobiography ‘Leading’:

“There are one or two football agents I simply do not like. And Mino Raiola, Paul Pogba’s agent, is one of them.”

“I distrusted him from the moment I met him. He became Zlatan Ibrahimovic’s agent while he was playing for Ajax, and eventually he would end up representing Pogba, who was only 18 years old at the time.

“We had Paul under a three-year contract, and it had a one-year renewal option which we were eager to sign. But Raiola suddenly appeared on the scene and our first meeting was a fiasco.

“He and I were like oil and water. From then on, our goose was cooked because Raiola had been able to ingratiate himself with Paul and his family and the player signed with Juventus.” 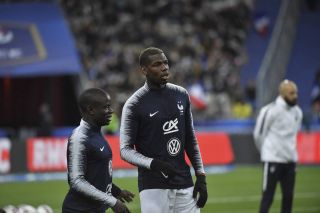