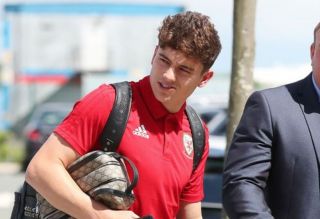 Some reports suggested that we could have an announcement on Swansea City winger Daniel James as early as today, but it is now understood that one from Manchester United is likely to be next week.

That update comes from Manchester Evening News reporter Charlotte Duncker, who added that James arrived at Liverpool Airport having been at Carrington to complete his United medical.

NEXT: Man Utd reject chance to sign Inter star in exchange for Lukaku

The tweet below suggests that James completed his medical successfully.

Daniel James has arrived at Liverpool Airport having been at Carrington completing his United medical. Understand a full announcement isn’t expected until next week. #mufc

Finally, it seems United are making movement in the transfer window. We can get a little impatient as football fans when we don’t see any incomings or outgoings, but United now need to try get rid of players not part of Ole Gunnar Solskjaer just as much as they need new additions to the squad.

James is a right winger with tons of pace. He will be able to add something to United’s counter-attacking approach that we lacked with makeshift options such as Juan Mata and Jesse Lingard — both whom are better in the no.10.

The jump from Championship to Premier League is a big one and James will get plenty of time to adjust, though you just know some folk will be waiting to get on his back from the picture he puts on the Red shirt.

I’ve no doubt Wales manager Ryan Giggs will be there to give him any advice he needs.