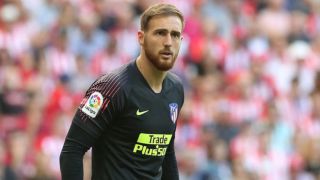 Manchester United obviously want to to keep hold of David de Gea but his contract expires next year and the club really need to start eyeing up a couple of replacements.

One name that will near the top of everyone’s list is Jan Oblak.

NEXT: Arsenal legend claims Gunners are in similar situation to Man Utd

The Atletico Madrid goalkeeper has recently put pen to paper and signed a new deal at the club, but he goes on to give an honest assessment of contracts in football nowadays.

“I signed a new contract, but that does not change anything,” Oblak told Ekipa. “I will stay at Atletico as long as their ambitions match mine.

“And some people might think their ambitions have lowered, as big players have left. I am sure the club will do everything possible to sign quality players. When I signed my new contract they gave me guarantees about the club’s ambition. They said the aspirations were not going to change.”

The only problem I think Oblak would find with United, if talks began, is matching that ambition. We’ve become a club looking to clinch a top four finish rather than win the league outright, and we are now dipping into the Europa League again for the second time since Sir Alex Ferguson retired.

It’s also true that contracts mean very little in terms of loyalty these days. They should be seen as an extra clause to get the club more money if a player is sold via transfer fee.

Ole Gunnar Solskjaer and some of the players may want to be the best, but the true powers of Manchester United think differently and prioritise commercial revenue.

Oblak is arguably the best replacement for De Gea and it would require a significant transfer fee to convince Atletico to sell.

They always find the best of goalkeepers anyway… 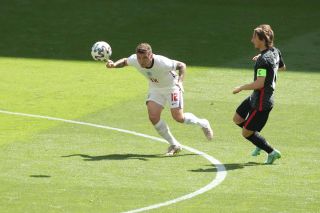