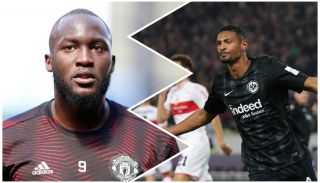 Manchester United are considering a move for Eintracht Frankfurt striker Sebastien Haller, according to reports.

With Romelu Lukaku heavily linked with a switch to Inter Milan, as per Sky Sports, and United are supposedly looking at Haller as a potential replacement.

That has come from ESPN’s Rob Dawson, who is first to link the 24-year-old with the Red Devils.

The former France U21 international scored 15 goals in 23 league starts last season to help Frankfurt finish seventh in the Bundesliga.

This news comes after the German club announced on Tuesday they have sold top striker Luka Jovic to Real Madrid. The Serbia international has officially joined Los Blancos on a six-year deal after scoring 27 goals in 48 games last season, as recorded by The Mirror.

Being a striker himself, United boss Ole Gunnar Solskjaer should be better at identifying fellow forwards better than most.

The report adds that United sent scouts to watch Haller during Frankfurt’s Europa League campaign, which saw Adi Hütter’s side eliminated by winners Chelsea in the semi-finals.

Haller previously played for Auxerre and Utrecht before joining Frankfurt in 2017.

He could be on the move again. 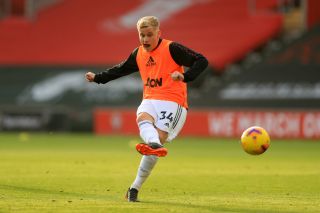