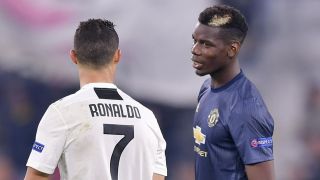 Manchester United have their doubts about Juventus being able to afford a move for Paul Pogba this summer, according to Rob Dawson of ESPN FC.

The Serie A champions have yet to install a new manager, with sporting director Fabio Paratici stressing that no moves will be made in the transfer market until they have someone to replace Massimiliano Allegri, who left the Turin based club where he’s spent the past five years.

There are now reports that Allegri’s successor will be Chelsea’s Maurizio Sarri, as per The Sun.

United are said to be open to letting the midfielder go in the summer, as long as they get the right transfer fee in return, which will surely amount to more than the £89.3m they paid to bring Pogba back in 2016.

And the report claims that they don’t think Juventus will be able to afford a deal to prize Pogba away from Old Trafford. He may want to leave and try to force it, but this is United’s most prized asset when it comes to marketing. Ed Woodward will not allow him to leave on the cheap.

Meanwhile, Pogba is also heavily linked with a move to Real Madrid.

Whereas United really need players ready to fight for the cause rather than flirt with moves elsewhere. Pogba was brought in to be a star player, yet nobody is convinced we’ve seen him at his best.

Get ready for a dragged out Paul Pogba saga. You just know that’s what we’re in for…