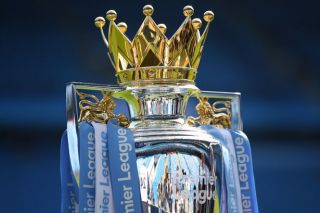 The football season has only finished and we’re preparing for another.

Of course, after the campaign the Red Devils had last term, none of us can wait to get started again. A clean page for Ole Gunnar Solskjaer and the players, with hopefully some new faces.

Manchester United will learn their fixture list for the new season on 13 June at 9am.

The new campaign will then kick-off on 10 August and ends on 17 May.

But dates and kick-off times will be provisional with main broadcasters BT Sport and Sky Sports announcing details for each month through the season – so don’t make the mistake of booking tickets or flights for a game unless these details have been confirmed.

You will notice how most fixtures will be scheduled for 3pm on a Saturday when they’re initially released. That is the set time – but obviously, not every game will be played at that time on a Saturday.

Premier League newcomers Sheffield United, Norwich City and Aston Villa will all be all looking forward to getting a taste of Old Trafford again.

Everyone will be looking out for when United are scheduled to take on Liverpool and Manchester City, which is always the case when the fixture list is revealed.

City go into the new campaign as champions for a second consecutive time, whereas Liverpool have the status of European champions. It’s going to be a long summer, so roll on the new campaign.

Let’s hope it’s a better one for the Reds. Finishing sixth last season was unacceptable.