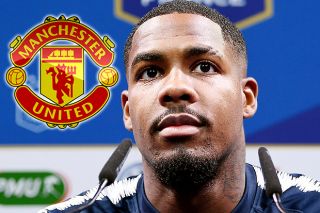 Manchester United are reportedly interested in Lille goalkeeper Mike Maignan, with the Daily Record suggesting the Red Devils have been quoted a fee of €35m for his signature.

The report comes on the back of uncertainty growing around David de Gea. His few is up in the air as he prepares to enter the last 12 months of his contract at Old Trafford, which means the Reds could lose their shot-stopper on a Bosman next summer.

Maignan, 23, enjoyed a breakthrough season as Lille finished second in Ligue 1 behind champions PSG, and he has earned a call-up to Didier Deschamps’ France squad for the upcoming Euro 2020 qualifiers.

United fans have been giving their verdict on signing Maignan as De Gea’s replacement.

He is Ligue 1’s keeper of the season apparently and has even been called up to the French first team.

For me, Maignan > Onana

Voted best keeper in France must be decent havnt really seen him play. Looks like de gea defo going if this is true

Dunno who he is so I still want Onana over him.

If we sign all the ‘keepers we are linked with we could field an entire team of them.

A steal. They need to pay up.