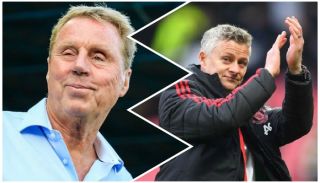 Isn’t that the whole point of having a scouting system in place?

I’m unaware of clubs who go into the transfer market signing players they don’t think will cut the mustard, but that may explain how so many duds get through.

That’s seemingly the approach the club wants to take to get back into the Champions League.

“If they’re not good enough, the supporters at Man United aren’t suddenly going to say ‘well it doesn’t matter if we’re finishing halfway up the league, we’re playing all these youngsters.’

“That doesn’t happen. Football fans have got no patience. They’re not going to sit back.”

I would hope Solskjaer knows this already and isn’t as naive as Redknapp suggests.

But it just sounds like Redknapp is being a smart arse, stating the obvious as if Solskjaer is completely unaware about how to manage young players.

United finished sixth in the Premier League last term and lost out of Champions League qualification as a result. Redknapp believes restoring a winning mentality must be the priority now.

“They [the fans] want results,” he continued.

“They don’t care whether it’s young players, old players, senior players, whoever it is. The kids have got to be good enough.

“If you find five or six kids like they had with Beckham’s group, great play them. I did it at West Ham. I had six kids all come through with Carrick, Defoe, Ferdinand and Lampard. But they’ve got to be good enough otherwise you can’t play them.”

And, if you don’t have those six young players to build a team around, why not invest in the youth system and ensure that United have a constant pool of talent?