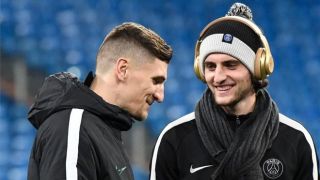 French outlet le10sport claims United’s reported £170,000-per-week wage offer for the midfielder has been tabled, however, Everton still hope that they can persuade him to snub Old Trafford for Goodison Park.

NEXT: James Maddison in no rush to leave Leicester amid Man Utd interest, claims Guardian journalist

Real Betis are also apparently in the running for Rabiot’s signature, though it would be some kick into the balls if the France midfielder was to pick one of those clubs over United. It would show further signs of how far we’ve fallen in the post-Sir Alex Ferguson years.

Rabiot’s team-mate from PSG, Thomas Meunier, has also been linked with a move to join the Red Devils.

The rumours won’t go away, despite the PSG right-back hinting recently that he would remain in Paris.

“The club knows my intentions,” said Meunier, as per Manchester Evening News. “I was open to my fourth year here and signing a new contract. It will be their decision; everything is in their hands.

“I have contacts but my intention is to stay at PSG. If this is not possible, we will find a solution.”

United need both types of players this summer, and arguably another midfielder to go along with it.

Rabiot would require big wages since he’d be signing as a free agent and Meunier needs to make his definite decision up soon.

At this rate, I’d say the right-back United eventually sign will be closer to home. Experienced at Premier League level. 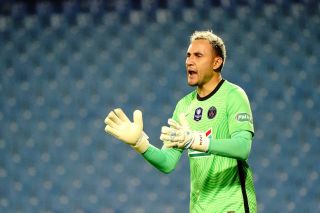