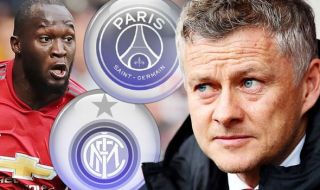 Romelu Lukaku looks destined to leave Manchester United this summer and PSG are about to join the race for his signature, according to reports.

The Belgian striker has been strongly linked with a move to Inter Milan, but The Sun claims that the Italian club needs to raise £40 million before June 30 in order to keep their hopes of bringing Lukaku to the San Siro alive.

Newly appointed Inter manager Antonio Conte is said to be keen on making Lukaku one of his first signings this summer, as per the Daily Mail, after missing out on his signature when he tried to bring him back to Chelsea in 2017.

However, Conte and Inter now need to fight off interest from Ligue 1 champions PSG, if The Express are to be believed…

If United can get enough money to fund a deal to sign a new striker, more suited to the football Ole Gunnar Solskjaer wants his side to play, then having two big European clubs fighting for his signature can only be a good thing.

A bidding war is exactly what United want here, although PSG would have too much financial power for the Italians, and it has been widely reported that Lukaku wants to play in Italy.