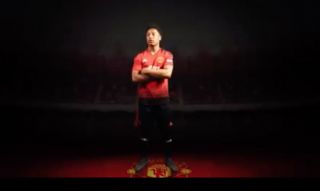 In the past few weeks, there have been several reports claiming Manchester United were trying to poach 16-year-old Dillon Hoogewerf away from Ajax.

The Sun last week hinted that Hoogewerf was about to sign for the Red Devils, which now appears to be a done deal, with the young striker uploading a video to Instagram of him going from an Ajax shirt to a Manchester United alternative.

In his caption area of the post, Hoogewerf just tags his management company Top SMM, presumably thanking them for helping make the deal happen.

The post is likely to get lots of attention but there’s still no confirmation about a deal from United.