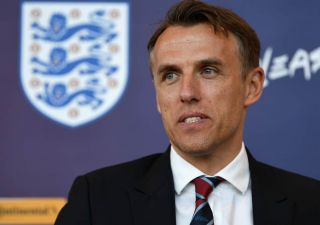 Manchester United have a lot of work to do in order to bridge the gap between them and Manchester City.

Not in terms of success obviously, which I doubt will ever happen, but the current state of both sides. United are miles off challenging for the league title but Liverpool were the same 24 months ago.

It shows with the right structure in place, United can bounce back quicker than many imagine is possible but Ole Gunnar Solskjaer must get it right this summer.

The right foundations need to be in place for the club and team itself to grow.

Jurgen Klopp’s side appeared to overachieve by reaching the Champions League final last year but no-one is saying that 12 months on, with Liverpool hopeful of winning their sixth European Cup. Only Tottenham stand in their way.

Spurs are another Premier League side with a clear style of player — getting better each year under Mauricio Pochettino but not spending ridculous money like their rivals.

Then you have City with a clear style winning consecutive league titles.

So in regard to foundations, Phil Neville believes United are going to the right way about things to fix the issues at the club.

Speaking to The Offside Rule Exclusives, Neville said: “Over the last five years, you’ve seen a team that’s gone away from the vision and philosophy of what the club is all about.

“When you look at City, Liverpool and Tottenham, their club’s foundations are really strong – and you’d say United’s are from a financial point of view. But stability on the field?

“If you look at those teams [City, Liverpool, Spurs], they have a system and a style of play and a tried and trusted method, whereas United seem to be going left and right from manager to manager.

“They need to get back to what United do best, which is playing a certain brand of football which hasn’t just been synonymous with Sir Alex Ferguson, it’s from the year dot, Sir Matt [Busby], Ron Atkinson…

“You hope with Ole, Mick Phelan, Michael Carrick and Nicky Butt [in the Academy] that United will start getting back to the foundations.

“I think it will take a long time – it’s not a quick fix – but hopefully with those guys in charge and the financial muscle United have still got, they can get back challenging soon because it’s difficult watching Man City win everything.

“It’s difficult because you think they’re miles better than United at this moment in time.”

You can listen to the full podcast with Phil Neville below (via Audioboom). He describes the end of the Treble season as “the best 10 days of my life”.