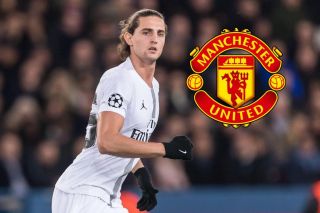 Paris Saint-Germain midfielder Abrien Rabiot is ‘managing an offer’ to join Manchester United this summer, according to Mundo Deportivo.

The France international is going to be a free agent soon and has been linked with an array of top clubs in recent months, as it became apparent that he would be moving on from PSG.

Recent reports suggest United are trying to win the race for the midfielder’s signature by offering a hefty contract.

NEXT: Man Utd and Liverpool both make moves to sign £70m-rated Ligue 1 attacker

This could end up being a great piece of business for the Reds after seeing Ander Herrera’s contract expire – even though a deal would see him earn enormous wages due to United not having to pay a transfer fee.

The 24-year-old would be a significant upgrade on the likes of Nemanja Matic and Fred, with neither United midfielder performing at the required standard last season.

Ole Gunnar Solskjaer has too many passengers in his team. I’m not sure if Rabiot is the answer, but surely there is something out there?

United fans will be excited by the potential arrival of Rabiot. He should be aiming to seal a transfer early on in the transfer window to prepare for the 2019/20 season with a new bunch of teammates.