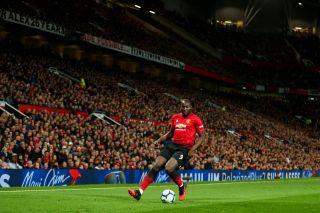 The Sun report Romelu Lukaku returned from his holiday in America to meet with Manchester United chiefs on Wednesday and has been told that he can leave Old Trafford this summer.

That will hardly come as a surprise to anyone, including Lukaku, 26, with his departure on the cards for most of last season.

The Belgian striker didn’t quite hit the ground running last season after a long World Cup, with Belgium reaching the semi-finals, and he eventually found himself out of the team and behind Marcus Rashford in the pecking order, especially when Ole Gunnar Solskjaer came in to replace José Mourinho.

Apparently United have made it clear they will allow Lukaku to move to Inter Milan, as stated in the report, but only if the Serie A outfit offers a deal worth just over the £75m they paid Everton two years ago.

It is noted that Ed Woodward will reject lower offers but could be persuaded by certain Inter players being part of the deal.

Slovakia centre-back Milan Skriniar has been on the club’s radar for some time, so he could be one the Italians could use to prize Lukaku away from Old Trafford.

Losing Lukaku this summer should mean Solskjaer needs to go out and sign a goalscorer. The Belgian was supposed to be that for United, though his dip in form last season sent off alarm bells. He didn’t look a shadow of the player he was 12 months prior when his all-round game appeared to be improving under Mourinho.