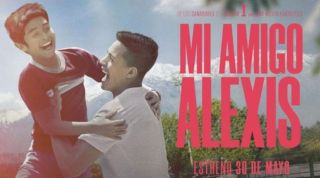 Now with Game Of Thrones done and dusted, Alexis Sanchez has picked the perfect time to release his very own movie.

The film is called ‘Mi Amigo Alexis’ and it launches in his native Chile today.

It tells the story of a 12-year-old boy named Tito, who accidentally meets his idol, Alexis Sanchez.

NEXT: Man Utd one of four clubs considering Philippe Coutinho

Speaking to AND Radio Chile, Sanchez said, as quoted by Manchester Evening News: “It’s different from playing soccer. There, you are not worried about the cameras. I am a perfectionist and I want things to go well. In the end, I was relaxed and happy and it came out natural.”

The film, which is titled “Mi Amigo Alexis” (My Friend Alexis), tells the story of a young boy from Chile who is desperate to follow in his hero’s footsteps 👣 pic.twitter.com/3jbkqnCpGy

I can’t say I will be watching the new movie (got too many movies and episodes I consider worth watching to catch up on) and it’s been hard enough to tune into matches to see Sanchez deliver.

The problem being he rarely delivered…

Sanchez isn’t the first footballer to have a movie released in his name. Cristiano Ronaldo’s wasn’t too bad, but the Antoine Griezmann release on Netflix is absolute rubbish. All done to massage one another’s ego.

Of course, we’re still not certain about Sanchez being at the club next season. The club will sell if they find a buyer but finding one is difficult with his astronomical wages.

United can’t make that mistake again when buying players nearing their 30s. The club must be wiser than that.

Wonder whether Sanchez makes for a better movie star than footballer nowadays?