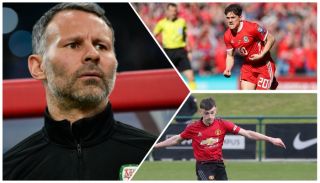 Manchester United youth player Dylan Levitt received a call-up to the Wales senior side for their upcoming Euro 2020 qualifiers.

The 18-year-old seemingly caught the eye of United legend and Wales manager Ryan Giggs by playing for the youth teams at club and international level.

Getting his first call-up, this is a moment to truly cherish for Levitt. It’s one step at a time now and he will want to kick on again next season in order to edge closer to United’s first-team.

Ole Gunnar Solskjaer will be left with no other choice if he shows his ability and continues to improve.

Levitt reacted to the news of his call-up on Twitter, tweeting the following: “Wow… delighted to be called up again for the games, always an honour.”

Wow… delighted to be called up again for the games , always an honour⚽️❤️ https://t.co/dGtxKSCNrd

Moreover, Giggs has spoken to the press about his squad. He was asked about Levitt’s call-up to which he replied, as quoted by Manchester Evening News: “I mean I know more about Dylan because he is at United. I have spoken to Butt about him a few times, seen him a few times live on TV and in person.

“He is similar to Matty Smith he wants to get the ball down, wants to pass, get in different positions. He impressed me last week, and that is why he is in the squad.”

Giggs also passed comment on Swansea City winger Daniel James, who is being heavily linked with a transfer to Old Trafford, as per The Sun.

“I think you don’t need to speak to me to see the quality of Dan,” Giggs added. “Especially from the turn of the year, the transfer breaking down at Leeds.

“He has really cracked on and for me in the last game he was excellent.

“He is a talent, when you have speed like that and the temperament.”

Best of luck to Giggs and the two lads on international duty.

Hopefully we don’t have to wait long for the James signing to materialise. 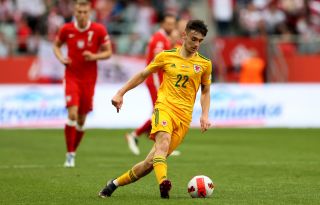 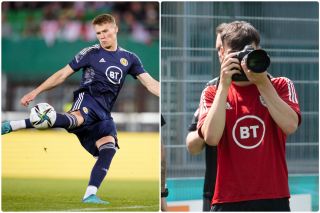