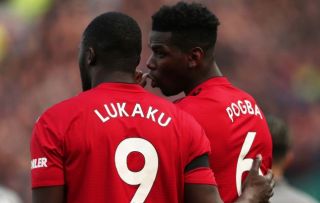 Manchester United could make £200m with the sale of two big-name stars being heavily reported in Wednesday’s gossip columns.

That would certainly give Ole Gunnar Solskjaer more leeway in the transfer market to further strengthen his side, though the Reds have yet to make their first summer signing.

However, widespread reports suggest Paul Pogba will end up at Real Madrid this summer.

The Daily Express claims the World Cup-winner has already agreed on personal terms with the Spanish giants. It adds that he is willing to take a pay-cut to make sure the deal happens.

But no sleep will be lost if the 26-year-old decides to leave United this summer, as many of us have become sick and tired of his inconsistent displays.

Zinedine Zidane wants to bring Pogba to the Bernabeu, where he may build his new team around the French star.

No fee has been agreed as of yet, however, reports claim United could get as much as £140m for Pogba’s signature, as per the Daily Mail.

Spanish journalist Eduardo Inda adds that an agreement has been made for Pogba to join Real Madrid this summer.

“Pogba is practically done,” he said in reference to the potential Madrid transfer, as quoted by the Daily Star.

“The first to appear will be Hazard and the next will be Pogba.

“He has agreed to lower his Manchester United salary: from £13m net per year to £10m.

“Adidas is pressing a lot because he is one of the two franchise players of the brand.”

Meanwhile, the Daily Mail reports that Romelu Lukaku has told Inter Milan he will also take a pay-cut in order to secure a move to the San Siro.

Antonio Conte is expected to become Inter boss and has reportedly made the striker a priority signing, as reported by The Metro.

It’s no wonder he isn’t going back to Alvaro Morata, who was the ultimate flop when he joined Conte’s Chelsea in 2017.

There appears to be one issue with the Lukaku links and that’s a different in valuations. Gazzetta Dello Sport in Italy claim Inter value Lukaku at £55m million, while United want closer to £62m.