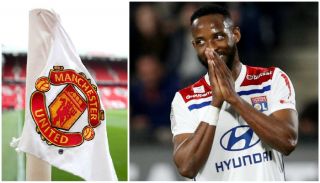 Lyon sporting director Juninho insists Moussa Dembele won’t be sold this summer, amid speculation linking him with a summer move to Manchester United.

Ole Gunnar Solskjaer needs to find an attacker who will consistently provide goals next season as it doesn’t look like we have any prolific goalscorer in the squad – bar Lukaku, who was awful last season and looks set to leave Old Trafford in the before next season.

NEXT: Man Utd to match City in £105m race for Portuguese wonderkid

Dembele has only been at Lyon one year following his departure from Celtic, so the Ligue 1 side probably feel he has unfinished business to do before moving on. He scored 15 goals and recorded 4 assists in Ligue 1, as per WhoScored, which is a good return for his debut season.

Juninho has addressed all of the transfer speculations by putting it to bed.

“There will be only three departures from the club this summer and they won’t be either Moussa Dembele or Memphis Depay,” the former Brazil international said, as per Manchester Evening News.

The Mirror ran a report over the past week linking United with a £35m move for Dembele, with Romelu Lukau seemingly set to leave Old Trafford for Italy.

And, if Solskjaer wants his United side to attack with pace, maybe going for Dembele would be a good idea after accepting that Lukaku won’t suit the Norwegian’s preferred style of play. Towards the end of last season, it felt like he was shoehorning the Belgian into teams.