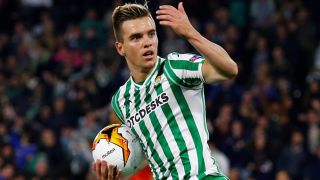 According to Schira, who shared the transfer update via Twitter, United face competition from Tottenham for the 23-year-old, who are looking at the player as a potential replacement for Christian Eriksen.

Real Betis signed the Argentine for €22m earlier this season on a permanent deal from PSG, as per Marca. The Spanish side could now cash in and make huge profit for the player who has spent just one full season at the club. Marca’s report also states that the French champions will gain 20% of any potential sale for the midfielder.

NEXT: Transfer headache for Man Utd as Toby Alderweireld speaks out about future expectations

This deal is one United should look to get over the line. Lo Celso is an exciting young talent with a clear eye for goal, and would fit in well in an attacking midfield role under Ole Gunnar Solskjaer.

Although, a move for the Argentine will not be easy to pull off, as it appears Tottenham are also highly interested with the added promise of Champions League football.

#Tottenham (to replace Eriksen) and #ManchesterUnited are really interested in Giovanni #LoCelso. Betis Sevilla have bought him from #PSG for €25M, but to sell him they wants €50M at least. Contacts ongoing. #transfers #THFC #MUFC #mutd 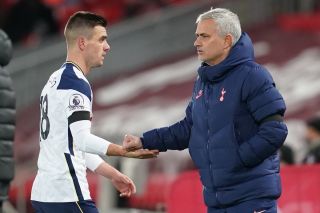