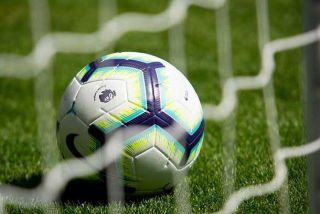 Gambling Companies and online sportsbooks especially advertise a lot. One of the most popular ways they spread the word about themselves is via sports.

It can be TV break ads during football broadcasts. It can also be banners in the football field during competitions. Or it can be logos of brands on the shirts of the players.

The possibilities are endless and the brands that can afford this use them as much as they can. Because, honestly, if you have a favourite team and they wear a logo of some casino, you’re much more likely to go gamble there instead of anywhere else.

The gambling firms spend lots of money on football marketing and sponsoring. However, while smaller brands such as Fable Casino are thinking about becoming sponsors, the largest brands are dominating the scene.

Let’s review three of the top football sponsors in the UK that all football fans know about.

These are some of the richest and highest-grossing gambling companies that affiliate themselves with football. All of them sponsor certain football teams and promote the growth of all things football in the country and around the world.

Betway has been the official sponsor of West Ham United since 2015. Due to such a long partnership, fans are now used to seeing the name in front of each West Ham player’s T-shirt.
On top of that, they even fund several football cups internationally. Among other football clubs that are sponsored by this company, there are:

So, they know their business as sponsors and it’s not surprising that we’ve been seeing West Ham carry their name for years. It’s one of the favourite sportsbook sites in the UK, partially due to such a successful campaign too.

Another huge player among the companies involved in football in the UK and around the world is Unibet. They operate in dozens of countries and offer services in over 20 languages.
They don’t only support Preston North End, but also various football events and matches. Among the other teams that boast the Unibet logo on their members’ vests are:

And that’s not even mentioning the other sports that Unibet has invested in. So, Unibet doesn’t complain either as thousands of fans come to play their casino games and wager on their bookmaking platform.

Bet365 has a lot of money to invest in various football leagues and teams. They’re currently sponsoring the outfits of Stoke City in the UK.

Plus, before this year’s season started, they have announced sponsorship of 10 different clubs in Spanish La Liga. This includes teams such as:

Like other similar brands, bet365 offers casino games as well as betting, in-play betting and even poker games. That’s pretty much all the imaginable casino entertainment in one single place.