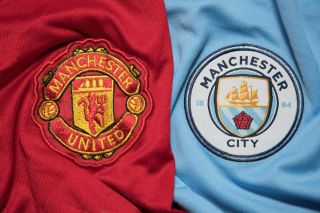 Manchester United and Manchester City have both reportedly been tracking Juventus full-back Joao Cancelo, but they need to be willing to splash the clash to secure his signature this summer.

The Portuguese right-back has only spent a year at Juventus and is already a hot target for some of Europe’s biggest clubs. Of course, you don’t get much bigger than the Turin based giants, but the 25-year-old might like the idea of trying a different league in a new country.

Cancelo, 25, made 34 appearances for Juve while contributing a goal and eight assists all during his debut season.

However, talk of an early exit has not gone away, with Tuttosport reporting that both United and City are interested in signing him, with a €60m offer being touted from the latter.

The Daily Mail also picked up on the report and the lined used to suggest Juventus are open to selling Cancelo.

There is no word on how much Juve value Cancelo or if they’re willing to entertain any offers.

From a United perspective on the matter, with Antonio Valencia’s contract set to expire, coupled with Ashley Young being awful, a signing like Cancelo would see a definite starter at right-back. It will be good for Diogo Dalot to learn under such a quality player hitting his prime, rather than two washed up veterans.

With his pace, work ethic, defensive qualities and willingness to get forward, Cancelo is certainly a modern day right-back.

I think he would suit the Premier League and is definitely the type of player that would appeal to Ole Gunnar Solskjaer, who already made it clear last season that he wants his full-backs to get forward aggressively.

Cancelo may want to wait around to see who replaces Massimiliano first. He will then find out if he’s part of the new manager’s plans, which is probably why the two Manchester clubs feel the need to make a move for him now.

As long as these reports are accurate, of course.