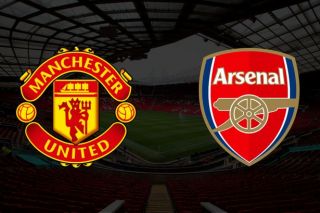 The Sun claims that Arsenal are in competition with Manchester United to sign Paris Saint-Germain midfielder Adrien Rabiot on a Bosman this summer.

Claims of interest in Rabiot from United are backed up by the Manchester Evening News, stating that the Reds have been monitoring his situation and hold some interest in signing him this summer.

Available on a free once his contract expires, which is soon, there might be a rush to Rabiot’s signature. Not often does a player of this quality become available for nothing at the age of 24.

PSG must be kicking themselves — but the relationship between club and player turned sour, hence why I’d have my concerns about Rabiot’s behaviour. He has been frozen out having not featured since December.

Now there are reports Old Trafford could be his escape route as he tries to plot a new destination.

And, this could be one way for Ole Gunnar Solskjaer to replace Ander Herrera, with the Spaniard allowed to leave on a Bosman after his contract expired.

Herrera has been strongly linked with a move to PSG, as per Spanish outlet AS.