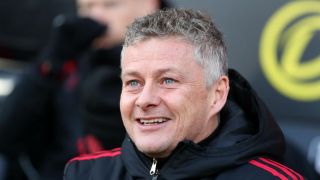 Manchester United are reportedly set to move in to sign Newcastle midfielder Sean Longstaff with an opening bid believed to be worth £25m.

After a terrible campaign that saw one manager sacked and another brought in, it is now down to Ole Gunnar Solskjaer to make big changes to this United side.

Sky Sports claims United are closing in on the signing of Swansea City winger Daniel James for a fee of around £15m, but he could be followed by another young player with long-term vision in mind.

There is enough from these reports to suggest Solskjaer is trying to build a new team with young, hungry players. The latest from the Evening Standard states that United are ready to launch a £25m bid for Longstaff.

With three goals and six assists in 26 appearances, the 21-year-old impressed last season and Solskjaer may feel he’s seen something in him that makes him a United player.

Solskjaer must replace Ander Herrera this summer after the Spain international’s contract expired at the end of the season. The midfield also needs an injection of higher quality — stemming from the anchor position, which I wouldn’t be surprised to see Scott McTominay play mostly in for a while to see how he comes along.

Whatever happens, this is a crucial summer for United to try and get back on track. But the recruitment has been so bad for years it’s difficult to trust anyone at the club to do their job right, especially when not a lot has changed from a year ago, in terms of how Manchester United is ran.

The Norwegian must believe in Longstaff’s quality.