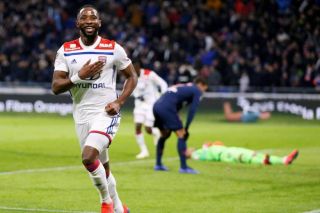 Manchester United have made an opening bid for Lyon striker Moussa Dembele, according to the French version of Goal.

As translated by Sports Witness, the report claims that the Reds have made an initial bid for the youngster, but there has been no sign of a reply from his Ligue 1 side.

Dembele, 22, joined Lyon from Scottish Champions Celtic last summer, and it appears Manchester United scouts have been impressed with the youngster’s progress.

NEXT:Man United to use transfer muscle to poach teenage star despite club’s best efforts to keep him

Dembele is an exciting prospect who excelled at Celtic and has had a good first season in France. He could add to United’s attacking options and provide competition in an area of weakness for Solskjaer’s side, who struggled to score goals towards the end of last campaign.

However, it is likely that Lyon would be reluctant to sell one of their prized assets and you would expect them to hold out for a significant amount more for the Frenchman, given his talent and United’s financial power.

Manchester United have submitted an opening bid for Lyon striker Moussa Dembélé worth more than €40m, according to the reliable @B_Quarez. More follows.

Now @EuroUnited6 report that the offer from Manchester United for Moussa Dembélé is worth €45m – now waiting to hear back from Lyon.