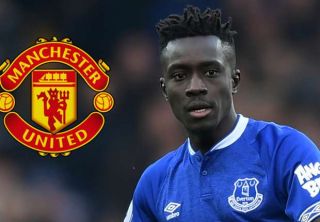 Ole Gunnar Solskjaer will be looking to make midfield additions this summer. Not just to replace Ander Herrera, but to give the squad more strength and depth.

Apparently Everton’s Idrissa Gueye has caught the attention of United and was deemed a transfer target this summer. Though that no longer seems to be the case.

According to the Liverpool Echo, United have been put off by Everton’s valuation of Gueye.

The Reds are said to be reluctant to pay upwards of £35m for the 29-year-old.

United are unlikely to take their interest any further, as per the report, so Solskjaer must have other midfield targets on his mind.

But what if Paul Pogba finally leaves the club over the summer?

Then United will find themselves in a dilemma — needing more additions in midfield — and possibly a marque signing to replace the Frenchman. Ed Woodward would be concerned about the commercial side of things, which is why he is probably one of a view people at the club adamant about needing to keep Pogba.

Marouane Fellaini also left in January and we’re light in numbers too.

It seems only right to rule out the possibility of signing Gueye.