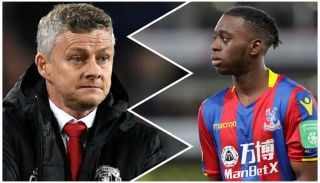 Robson was seemingly right in his initial story to state that United’s offer was not expected to be accepted by the Eagles, though he claims they would demand closer to £50m, which is double what they were reportedly offered.

The Independent now back some of that up. They report that there is a huge difference in what United are prepared to offer and what Palace want.

Wan-Bissaka is under contract and happy at Selhurst Park, so Palace are under no pressure whatsoever to sell their most prized assist.

United may persist with their pursuit — they really should — but there’s a crazy suggestion that Palace would want a fee of over £70m to even consider letting him leave.

For someone that has yet to make his name as an established international, Palace are taking the piss with their valuation. I’d understand something closer to the £50m fee that originated from the Evening Standard story.

The full-back area is one area United need to improve ahead of next season.