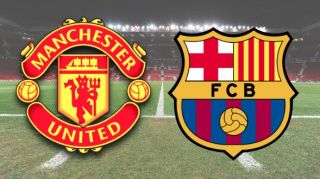 The Daily Record has linked the Croatia International with a summer move to Old Trafford and Rakitic is a player who would give the Reds more quality in midfield.

Ole Gunnar Solskjaer surely knows at this stage that United’s midfield is nowhere near good enough. He should try make it resemble the best United midfield he played with and then we’d have a solid starting point.

Ander Herrera leaving on a free is far from ideal, but let’s not cry over spilled milk. He was okay, a good squad player at best, and we should be looking to get in better options this summer.

The latest from Don Balon suggests United are ready to make a swoop for Rakitic, with a transfer possibly amounting to €60 million.

Strong reports this evening that United are trying to sign Ivan Rakitic as a replacement for Ander Herrera.

Jose Mourinho was full of high praise for him just months ago 👀 pic.twitter.com/Cp242iz8u4

The Spanish outlet add that Rakitic is ‘unhappy’ at Barcelona, which isn’t a very consistent line in Spanish press…

For instance, despite knowing Frenkie De Jong will be at Barcelona next season after joining from Ajax, Rakitic has been quoted by Mundo Deportivo as saying he wants to win another Champions League with Barça.

The 31-year-old knows winning one at United anytime soon is a gigantic ask. There is a greater chance of fivers falling from the sky tomorrow morning.

But from a United perspective, it depends on what sort of deal can be struck for the talented midfielder. He’s no spring chicken and we’ve had a number of signings his age in recent years that arrived to little effect.

Bayern Munich knew exactly what they were doing getting rid of the former Germany international. I’ve always maintained it was a shame Sir Alex Ferguson never managed to sign him a couple of years earlier.