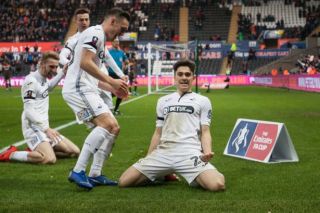 If the stories are to be believed, James wants the move to a bigger club and has already agreed personal terms with United, as per the Daily Mail.

The speedy winger will offer another dimension to United’s attack down the wing. His blistering pace should put him in good positions and cause mayhem for our opponents.

Jumping from the Championship to Premier League is never going to be easy, but the 21-year-old isn’t going to break the bank and Ole Gunnar Solskjaer can afford to be patient with the Welsh starlet.

The video below shows how Swansea exploited other teams through James. United will have a fine player on their hands if he can do the same in the top-flight.