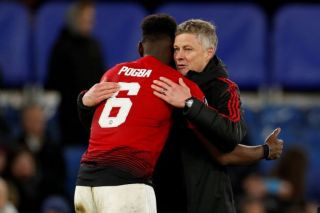 Ole Gunnar Solskjaer is ready to offer Paul Pogba a captaincy role at Manchester United in an attempt to convince the midfielder to stay at the club, according to ESPN reporter Rob Dawson.

Solskjaer is on the lookout for a new club captain with Antonio Valencia’s contract set to expire at the end of the month.

Ashley Young could also take over from Valencia, although that wouldn’t go down well amongst fans. Solskjaer should also be looking to sign a new right-back to ensure Young is not a starter again next season, so making the England international captain would be a mistake.

ESPN believes Pogba is one of the candidates for club captaincy with Solskjaer hopeful it ends speculation over his future.

I don’t know about this or if Solskjaer is just being naive about the situation, but Pogba hasn’t looked a player that wants to be at United, which pretty much goes against everything the Norwegian has said since getting the job.

The Frenchman has been strongly linked with a move to Real Madrid, with the Spanish giants preparing for a busy transfer window.

New manager Zinedine Zidane has been tasked with a squad overhaul – big names expected in and out of the Santiago Bernabeu.

ESPN add that United remain adamant the World Cup winner with no be sold. Pogba is under contract at United until 2020.

But should we really bend over backwards for this show pony?

Right, he’s got a World Cup medal, but what have we seen of him in a United shirt? The selfishness takes hold but how can you expect me to care about Pogba’s achievements unless we experience them as United fans?

Pogba doesn’t act like a captain and this is a desperate attempt to keep him at the club. No player deserves such treatment.