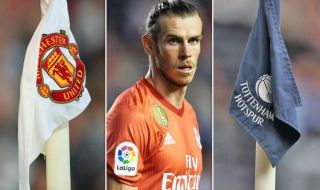 It looks like Gareth Bale has reached the point of no return at Real Madrid.

Many have discussed the fact he wasn’t given a chance to feature in what could be his last game for the Spanish club, with rumours suggesting that Zinedine Zidane doesn’t see eye-to-eye with the Welshman.

NEXT: Mino Raiola puts dent in Barcelona’s chances of signing Matthijs de Ligt; could open door for Man Utd to squeeze in

That means Bale was doomed from the second Zidane returned as manager, but he’s also had his struggles with injuries and we’ve become frustrated with players of our own for similar reasons in the past.

Bale always felt destined to be a United player but it never happened, and that ship long sailed.

However, a piece in The Times by Duncan Castles claims that Real Madrid could be willing to allow Bale to leave on a Bosman this summer, on the promise that the buying club agree to match his huge salary.

The Mirror believes the latest tale on Bale has rekindled interest from United and his former club Tottenham, as long as they’re willing to pay the winger £13m annually.

That’s dangerous territory. He’s 29-years-old, injury prone and we are currently having to deal with Alexis Sanchez being our highest paid player.

Bale will be hoping his next move will get his career back on track, but it most come as a blow not to get a send off from your own fans. Fans you thrilled by winning Champions Leagues with…