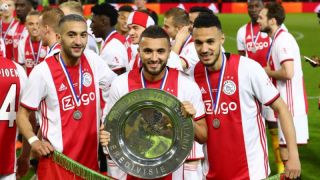 Manchester United fans have took to Twitter to urge the club to sign Ajax and Morocco star Hakim Ziyech this summer.

The Manchester Evening News claim Ziyech is a target for United, coupled by interest from Arsenal and Liverpool, while The Mirror state that the player is available for £25m because of a buy-out clause in his contract.

That fee almost sounds too good to be true. An absolute bargain for a player of Ziyech’s quality, and he’s proven himself this season in the Champions League against the strongest of opponents.

Ziyech has played a key part in Ajax’s run to the Champions League semi-finals, but they were eliminated at that stage after losing to Tottenham Hotspur.

This season, the midfielder has scored 21 goals and recorded 24 assists in 49 games for Ajax.

And United fans are making it no secret that they want him at Old Trafford!